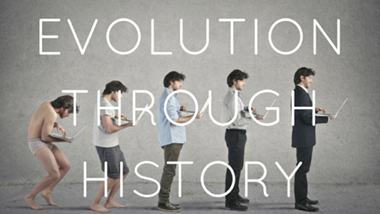 Risk management is a relatively recent corporate function. Historical milestones are helpful to illustrate its evolution. Modern risk management started after 1955. Since the early 1970s, the concept of financial risk management has evolved considerably. Notably, risk management has become less limited to market insurance coverage, which is now considered a competing protection tool that complements several other risk management activities. After World War II, large companies with diversified portfolios of physical assets began to develop self-insurance against risks, which they covered as effectively as insurers for many small risks. Self-insurance covers the financial consequences of an adverse event or losses from an accident (Ehrlich and Becker, 1972; Dionne and Eeckhoudt, 1985). A simple self-insurance activity involves creating a fairly liquid reserve of funds to cover losses resulting from an accident or a negative market fluctuation. Ex ante risk mitigation, now frequently used to reduce financial consequences related to natural catastrophes, is a form of self-insurance.

Self-protection activities have also become very important. This type of activity affects the probabilities of losses or costs before they arise. It can also affect the conditional distribution of losses ex ante. Accident prevention is the most natural form of self-protection. Precaution is a form of self-protection applied to suspected but undefined events for which the probabilities and financial consequences are unknown. For example, a pandemic is one such event (Courbage et al., 2013). All protection and prevention activities are part of risk management.

Insurers’ traditional role was seriously questioned in the United States in the 1980s, particularly during the liability insurance crisis characterized by exorbitant premiums and partial risk coverage. In that decade, alternative forms of protection from various risks emerged, such as captives (company subsidiaries that insure various risks and reinsure the largest ones), risk retention groups (groups of companies in an industry or region that pool together to protect themselves from common risks), and finite insurance (distribution of risks over time for one unit of exposure to the risk rather than between many units of exposure).

The concept of risk management in the financial sector was revolutionized in the 1970s, when financial risk management became a priority for many companies including banks, insurers, and non-financial enterprises exposed to various price fluctuations such as risk related to interest rates, stock market returns, exchange rates, and the prices of raw materials or commodities.

This revolution was sparked by major increases in price fluctuations for the risks mentioned above. In particular, fixed currency parities disappeared, and prices of commodities became much more volatile. The risks of natural catastrophe also increased considerably. Historically, to protect themselves from these financial risks, companies used balance sheets or real activities (liquidity reserves). To increase flexibility or to reduce the cost of traditional hedging activities, derivatives were then increasingly used.

Derivatives are contracts that protect the holder of an underlying asset from certain risks. Their value depends on the value and volatility of the underlying asset, or of the value indices on which the contracts are based. The best-known derivatives are forward contracts, options, futures, and swaps. Derivatives were first viewed as forms of insurance to protect individuals and companies from major fluctuations in risks. However, speculation quickly emerged in various markets, creating other risks that are increasingly difficult to control or manage. In addition, the proliferation of derivatives made it very difficult to assess companies’ global risks (specifically aggregating and identifying functional forms of distribution of prices or returns).

At the same time, the definition of risk management became more general. Risk management decisions are now financial decisions that must be evaluated based on their effect on firm or portfolio value, rather than on how well they cover certain risks. This change in the definition applies particularly to large public corporations, which, ironically, may be the companies that least need risk protection, because they are able to naturally diversify much more easily than small companies. In particular, shareholders can diversify their portfolios on financial markets at a much lower cost than that of managing the risk of companies whose shares they hold.