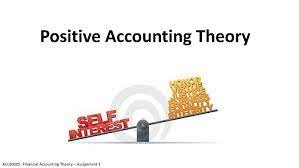 Why could the introduction of new rules on share option accounting be costly for manager??

A new set of regulation regime in the share option accounting will lead to a different treatment of accounting method to adopt in the company. The complex changes in the new treatments will increase administration and reporting requirements. According to Miles, manager will need to employ accounting industry specialist to assist them in order to comply with the latest regulatory changes. The additional administration requirement will burden the managers with extra costs. This is because managers will have to put in a lot of effort, allocate more time and money in order to familiarize and adopt the new set of the regulation which is generally called as bonding cost (Deegan). These extra allocations will go into training the existing staffs to get used to the new regulations. In addition to that, in certain cases, managers will have to employ new staff; specialists will cost even more money, to deal with the new accounting method which will ultimately result in an increase in the operational cost of the company.

Besides time consuming and increase in operational cost, the new set of share option accounting rules will limit the manager’s option in applying different accounting methods. The new set of rule forces managers to be more transparent in preparing the financial report. Managers will lose the opportunity to construct a financial report that best indicate the company’s performance. This is because, AASB 2 requires manager to recognize expenses that are related to services or goods received or acquired in the share based payment transaction. As a result, by expensing the items mentioned will significantly reduce the profit in the income statement. In the case of companies relying on profit based performance, managers are directly affected by the diminished profit. Low profit indicates low bonuses for the managers. On the other hand, for companies relying on share-price based performance, manager has to bear indirect impact of the huge deduction in the profit. This is because investors are the ones who are influential in regards to the movement of share prices. Investors are acting based on the information provided in the financial statement. Unexpected decline in the profit will lead to a negative sentiment; as a consequence, the investors are not convinced in either purchasing or retaining the company’s share (Deegan pg. 262). Instead of increase in the share price, it will drop the share price. Ultimately the value of share options will drop in line with the drop in share prices.

What would motivate the regulators to develop the new rules?

Big organizations represent large visible blocks of wealth and the government possesses the ultimate authority; through legislation and through court decisions. Politicians, bureaucrats, and special interest groups are interested in expanding their welfare, supporting rules that would work to their own benefit (Jensen, 1976). Generally, the regulators are controlled; if not, influenced by the government in power. Regulators might be motivated in developing new rules; in the scope of self-interest, that would benefit the government. For example, the majority of the public demands the government to solve discrimination and poverty or to be stricter with issues in regards to the environment. In order for the government to stay as the popular choice of the public, the regulators can develop rules that will have these big organizations to serve as a vehicle for social reform (social responsibility); by mitigation of discrimination and poverty, and the establishment of training and pollution prevention programs (Jensen, 1976). This will work in favor of the government’s self-interest by addressing the public’s interest. Likewise, the regulators can also develop rules that would benefit big organizations; ultimately the government in ways of getting sponsorship

The inefficiency of the ESOs would be a reason for regulators to develop the new rules; because inefficiency of ESOs can lead to abuses and frauds. Frauds that are related to ESOs may crop up from the managerial power doctrine, negotiation and execution of ESO agreements, award and implementation of ESO plans, re-pricing, and disclosure of ESOs; as exampled in the recent corporate crimes at Enron, Tyco and Arthur Anderson (Nwogugu, 2006 pg 9). What happened with the big three companies showed that there was over-reliance on company’s internal governance mechanisms for prevention of corporate crime. In order to prevent abuses on ESOs, it is paramount for the regulators to develop new rules; i.e. to enhance transparency and corporate governance, criminalize the misconduct which was formerly regulated by corporate governance mechanisms.

Other inefficiencies and abuses of the ESOs that might encourage the regulators to develop new rules include the potential usage of ESOs as a device for taxation avoidance and as device to prevent a takeover (Lenne, Mitchell, and Ramsay, 2004 pg 10). Taxation concessions related to ESO schemes are introduced with the objective of promoting the practice of ESO. But there are concerns of abuse of the concessions given in the form of tax relief for private equity ownership (Lenne, Mitchell, and Ramsay, 2004 pg 19). This will result in people who are not qualified, able to take advantage of the tax incentives.

In the scope of takeover prevention, companies might extend their ESO. By doing so, the company is able to redistribute control among its own management which makes a takeover seem unappealing. There is also an issue of companies making trade-offs with their employee by offering ESOs in exchange with wages. It is suggested that ESOs should be a supplement to the employee’s income rather than being a substitute for wages instead (Lenne, Mitchell, and Ramsay, 2004 pg 10). New regulations are needed in order to monitor and prevent these issues from taking place in the future.

Another factor that should prompt the regulators into developing new rules in regards to ESOs is to achieve consistency and comparability. According to a research by Lenne, Mitchell, and Ramsay (2004 pg 14), 513 annual reports of ASX-listed public companies for the financial year ending 2001 was conducted in regards to ESO disclosures. In the research, they’ve identified that the disclosure practices varied significantly between companies. Some annual reports disclosed noteworthy detail on the company’s various ESO schemes while some, basic information such as the scope of the scheme of their ESOs are not even provided (Lenne, Mitchell, and Ramsay, 2004 pg 14), making comparability impossible because of the inconsistency of the disclosures.

Last and most important factor that will motivate regulators to develop new rules is related to ESOs being expensed. ESO plans did not require any expense recognition in terms of the prevailing accounting standards (Sacho and Wingard, 2004 pg 155). This resulted in investors forecasting the value of companies with misleading information as exampled in the 2001 share market bubble burst. Investors get a false impression in regards to the reality of the value of the related transactions which ended up in billions of dollars lost due to the fall of share prices. Markets can only allocate resources efficiently when prices accurately reflect underlying values; which can only be achieved by expensing ESOs (Sacho and Wingard, 2004 pg 155). By expensing ESOs, investors are able to obtain the true input costs of generating corporate revenues, enabling them to efficiently allocate capital and undertake the best possible investment decisions. In addition to that, expensing ESOs will lead to improvements in corporate performance and reduction in abuses of the ESOs (Sacho and Wingard, 2004 pg 158).