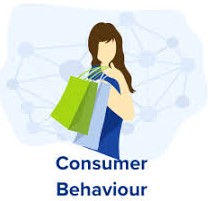 Currently, competition between producers are increasingly competitive, as can be seen from the increasing number of companies offering varied products, or similar products with increasingly diverse advantages. Therefore, to win the competition we must know consumer behavior in order to determine the strategy to be used. We can know that the behavior displayed by each person is very diverse. This diversity attracts the attention of experts to research about human behavior. There are many theories that explain human behavior. In these theories, experts present their opinions about how behavior is formed and what factors influence it.

The Theory of Reasoned Action was initiated by Ajzen and Fishbein (1980), this teory was developed to explain how a consumer leads to a certain buying behavior and structured using the basic assumption that humans behave in a conscious way and consider all available information. The desire is determined by two independent variables, namely their attitude and subjective norms.  It can be said that attitudes will affect behavior through a careful and reasoned decision-making process and will have a limited impact on three things. First, attitudes that are carried out towards behavior are based on attention to the results that occur when the behavior is carried out. Second, the behavior carried out by an individual is not only based on views or perceptions that are considered correct by the individual, but also pays attention to the views or perceptions of others who are close to or related to the individual. Third, attitudes that arise are based on the views and perceptions of individuals, and paying attention to the views or perceptions of others on the behavior, will lead to behavioral intentions that can become behavior.

Attitudes defined as a feeling that is believed to be a positive or negative expression in relation to the achievement of an objective. If people believe that performing a behavior will lead to mostly positive outcomes then they will hold a favorable attitude. Contarary, a person who believe that performing a behavior will produce mostly negative outcomes, then they will have an unfavorable attitude. For example, if people express their desire to carry out an activity, then that person is more likely to do it than people who don’t say what they want.

Subjective norms represent person’s beliefs about how people around them perceive the behaviour to think whether they should or should not perform the behavior. A person who believes that most referents with whom they are motivated more to comply think, that they should perform the behavior will receive social pressure to do so (Lada et al., 2009). It can be concluded, that a person’s behavior has something to do with subjective attitudes and norms. The greater support of subjective attitudes and norms, the stronger a person’s desire to do something. In addition, a person’s beliefs when liking or disliking an action and supported by their perception of the expectations of the people around them for the action can form a person’s interest in carrying out the action.