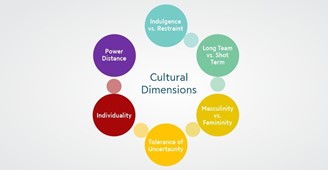 Hofstede’s cultural dimensions theory is a framework for cross-cultural communication, developed by Geert Hofstede. It shows the effects of a society’s culture on the values of its members, and how these values relate to behaviour, using a structure derived from factor analysis.

Geert Hofstede in his research succeeded in identifying six characteristic models to measure a culture in cross-country society. The cultural dimension represents an independent preference for one of the above circumstances other countries that distinguish countries (not individuals) from one another. 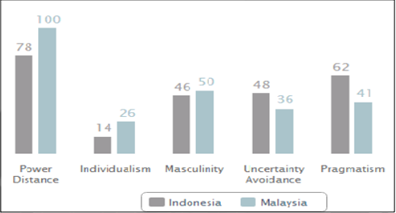 Example: Country Comparison Indonesia and Malaysia
According to Geert Hofstede